Don poses with a pair of Mexican Indians, 1959. 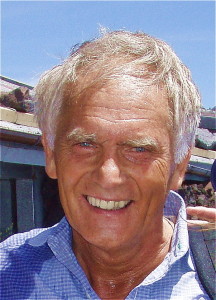 Don Gogniat credits his parents – especially his father – for putting travel in his blood. When he was a youngster his parents would pack the family and set out from their home in Pittsburgh, Pa. to explore the country and the world. In that time, they visited every state in the U.S. — except North Dakota, Alaska and Hawaii (Gogniat crossed these off later in life); Canada; Mexico; Central America and Europe.

“We were never in a hurry,” Gogniat recalls in his book “Crossroads.” “These Adventures usually lasted anywhere from 10 through 12 weeks in the summer … although on rare occasions I would miss some school days in the spring or fall.”

He received a B.S. in Education from Indiana University of Pa. in 1970 and a M.A. in Gegraphy from IUP in 1973. After a three-year stint teaching seventh-grade world cultures, Gogniat joined the Peace Corps as a regional planner for the Costa Rican National Planning Office from 1974-75. This enabled him to pursue a PhD in Cultural Geography with an emphasis in Latin America from the University of Pittsburgh. 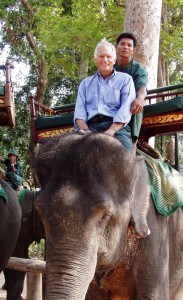 For the last 25 years, Gogniat has worked as an administrator for Penn State University.  He was the Campus Executive Officer at Penn State York from 1993- 2002; and from 2003 – 2005 he was the Director of International Programs for the Commonwealth College of Penn State.  Additionally since 1993, he has been teaching a geography course each year at a Penn State Campus.

Don’s an avid photographer, and has presented his photographs as part of a series of lectures to numerous organizations; his work has appeared in newspapers, magazines, and juried exhibits.

Other hobbies include travel, billiards, hiking and biking and walking. He plays a fair game of nine ball.

He resides in York, Pa. where he takes care of his beloved Labradoodle, Isadorable Duncan.

Don talks to Fidel Castro during a visit to Cuba in 2004.